The Western Force have been made to pay dearly for their ill discipline during a 25-15 Super Rugby Trans-Tasman loss to the Highlanders in Perth.

The Force trailed 20-3 after 36 minutes of Friday night’s match before launching a brave comeback that almost saw them reduce the margin to three points.

Down by ten points early in the second half, the Force came close to scoring on three occasions – only for penalties to bring them undone each time with the line in sight.

A 60th-minute yellow card to reserve prop Greg Holmes – and a Highlanders try a minute later – killed off the Force’s victory hopes in front of 13,587 fans at HBF Park, ensuring Australian teams remain without a win after seven matches against Kiwi sides.

The penalty count read 9-3 against the Force at halftime and 12-6 late in the match before the Highlanders committed some ill-disciplined acts in the dying minutes for the final count to read 12-9.

“First half, we let ourselves down a fair bit. It was a 9-3 penalty count at halftime,” Force coach Tim Sampson said. 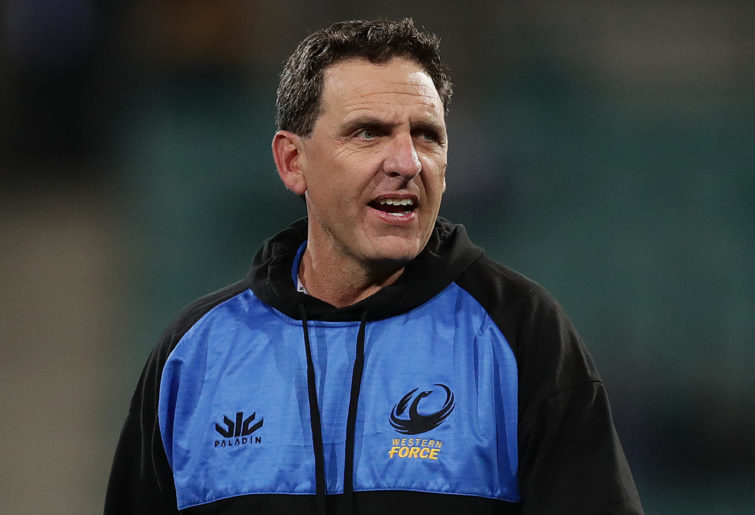 “We let the opposition off the hook too often there. There were too many errors and penalties. It’s hard to get into a game when you’re turning ball over so frequently.”

The Force suffered a blow before the game when former All Blacks lock Jeremy Thrush became a late withdrawal.

And flyhalf Jake McIntyre lasted just 22 minutes before being knocked unconscious in a sickening clash of heads with Highlanders winger Patelesio Tomkinson.

Winger Jona Nareki scored the opener in the 12th minute when the Highlanders pulled off a smooth line-out move and scrumhalf Aaron Smith broke through Feleti Kaitu’u’s tackle to provide the assist.

The Force were brought undone at the line-out again in the 23rd minute when the Highlanders threw it short and formed a rolling maul for prop Ayden Johnstone to barge over.

Alarm bells were ringing in the 36th minute when a rolling maul congested the Force defence before the ball was offloaded to inside centre Scott Gregory to touch down.

But the home side hit back on halftime with their own piece of magic from a lineout. Winger Jordan Olowofela made a sharp 20-metre break before dishing off to centre Henry Taefu.

Taefu’s pass was knocked down but scrumhalf Tomas Cubelli swooped on the loose ball and shook off a tackle in a sprint to the line.

Domingo Miotti’s conversion made it 20-10 at halftime, and the Force dominated long periods early in the second half, only for untimely penalties to bring them undone on three occasions close to the line.

Holmes’ yellow card for a high tackle that was swiftly followed by a second try to Gregory extended the margin to 15 points, but the Highlanders were denied a bonus point when Force substitute Angus Wagner scored in the 79th minute.