How does Fraser McReight go about his business and what roles does he fulfil in the reds attack and defence?

Everyone rates the work rate of carries and tackles etc of McReight, how does he compare to Hooper last year in this regard?

With the new Antipodean crossover competition kicking off this weekend, it is the right time to return to this question, which originally spanned the back-rows on both sides of the Tasman.

The following table includes the top All Black candidates from Super Rugby Aotearoa in 2021, plus the likeliest Wallaby counterparts in each position. Michael Hooper’s 2020 Super Rugby AU stats are also added as a point of comparison. First, on attack:

Some fascinating pointers to the different back-row expectations in Australia and New Zealand emerge from this table.

Australian number sevens like Fraser McReight and Michael Hooper are expected to contribute far more as ball-carriers than their Kiwi counterparts.

New Zealand number sixes and eights do the bulk of the ball-carrying and lineout winning, with the figures posted by Hoskins Sotutu, Akira Ioane and Shannon Frizell throwing Harry Wilson’s becalmed season into sharper relief.

Rob Valetini’s numbers hold up well in the comparison – there may be a case for shifting him to number eight in 2021 for the Wallabies.

Ardie Savea remains an enigma, the ball-carrying impact of a number six or eight built into the athletic body of a number seven.

Now, the figures on defence:

New Zealand number sevens are far more active on defence than their sixes and eights with extremely high work rates – averaging one tackle every five minutes. This may represent the more varied range of attack in New Zealand, with the ball moved wider more often.

The selection emphasis for a number six or eight in New Zealand lands squarely on ball-carrying and lineout ability – a perception backed up by Dave Rennie’s initial picks for the Wallabies in 2020. In Australia, there is more emphasis on all-rounders who can contribute in attack and defence, but less at the set-piece.

The premier opensides all show excellent discipline in contact, with takeaways balancing the number of balls given up and penalties conceded in the tackle.

The contest between Fraser McReight and the Kiwi opensides promises to be one for the connoisseur, and there is every reason to believe the young Queenslander will emerge from the competition with his reputation enhanced. 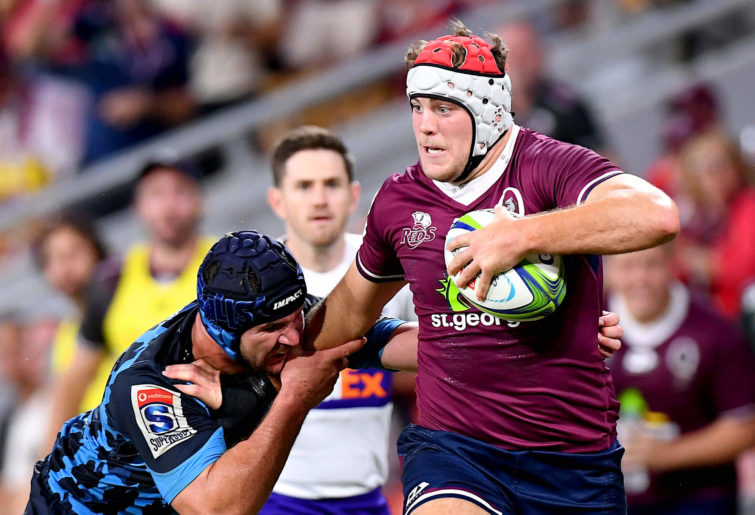 I would like to know how you think international referees would have handled the scrums in the Super Rugby AU final? If he is within the law, then Taniela Tupou is an unbelievable asset for the Wallabies. If Tupou’s scrummaging is a problem, then his team value is going to be very questionable.

If he is such a fantastic scrummager and could scrum straight and square, why doesn’t he?

Ethan de Groot of the Highlanders has made noises about having a plan to deal with Taniela Tupou on Friday night in Dunedin. He states that Aussie refs have been lenient on him regarding his scrumming technique and that he will not get the same leeway here. Do you think De Groot’s statement has validity?

Typically, coaches or players try to influence the referee’s perception beforehand because they are worried about negative impacts in a specific area of the game. I suspect this is the case with Ethan de Groot.

Let’s rewind Super Rugby AU 2021 a short distance, back to my article at the end of March, to provide some context for the Queensland scrum.

The second half of the piece examined the Reds’ habit of spinning the scrum around their loosehead in order to win penalties. Since then, they replaced Dane Zander with Feao Fotuaika at loosehead and started Brandon Paenga-Amosa more regularly at hooker alongside him. The scrums stopped spinning and started moving forward on both sides together:

There is no attempt to walk around the loosehead side in this example from the first half of the match against the Force. There is some shift from right to left but the scrum goes forward equally on both sides. At the referee’s eye level – without the spider-cam privileges enjoyed by a TV audience – it an easy call for the man in the middle.

The formation of the scrum is asymmetrical, not symmetrical. There is an open and a closed side. The player on the closed or tighthead side must contend with the pressure from two angles, exerted by the opposing hooker and loosehead prop. If he does nothing but scrum straight and square, he is a sitting duck to be popped out.

A good tighthead prop will fight back by changing his angle and body height to increase the discomfort for his opposite number:

In this, the first scrum from the grand final, Brumbies loosehead Scott Sio is struggling to contain Taniela Tupou’s power. Tupou is able to drive past Sio and onto hooker Lachlan Lonergan, which leaves the ACT man facing in at a 90-degree angle to the far sideline, and eventually collapsing in the tunnel.

Paenga-Amosa and Fotuaika are pushing straight, and the scrum is moving forward on both sides: 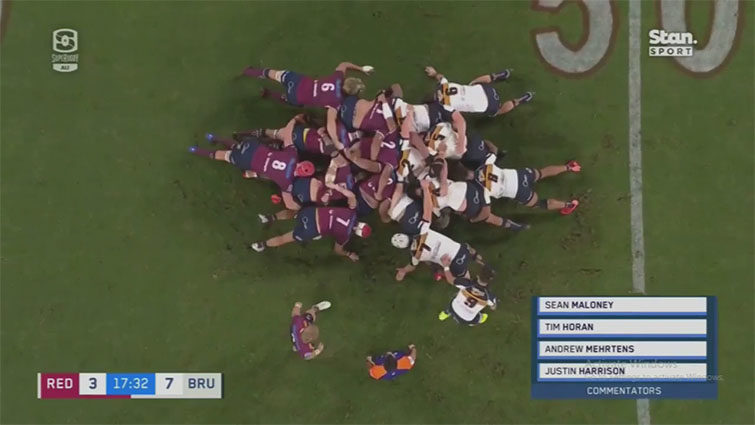 The alarm bells start ringing in the referee’s head when the scrum advances on only one side and begins to spin on its axis: 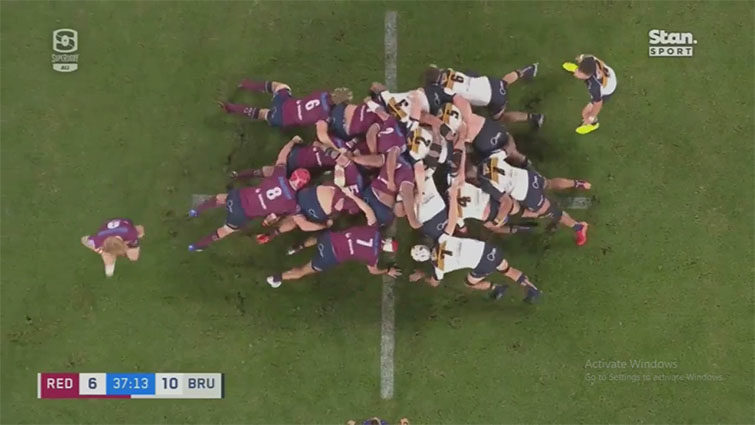 There is no major difference in the angle taken by Taniela Tupou, who is still dominating his side of the front row. The difference is that Fotuaika is meeting sterner resistance from Allan Alaalatoa, and therefore the scrum begins to turn around the Queensland tighthead. That persuades Nic Berry to award a penalty against Tupou.

On at least one other occasion, he rewarded him in a very similar scenario:

Tupou’s angle is probably even steeper, but nonetheless it is clear that it is the Brumbies scrum which is fragmenting under pressure.

The tighthead prop is fully entitled to scrum in the gap between the two opponents facing him and change his angle when he smells weakness. When Ethan de Groot and Tupou come off the bench tonight, it is up to the Highlanders prop to do a better job than Scott Sio and Harry Lloyd could manage last Saturday.

It would appear that the level of analyst information available to Australian players at top levels is deficient in comparison to that which players receive when playing for the likes of the Crusaders, La Rochelle, and Leinster. How far behind are Australian teams in this area? Are the Brumbies ahead of the pack, despite their knife-edge losses to the Reds this season?

Four of the coaching staff for the Boks during the World Cup honed their skills in Pro 14 at Munster. Rassie Erasmus, Jacques Nienaber, Felix Jones and Aled Walters. That has just reinforced the perception that rugby’s intellectual heartland now lies firmly in European territory.

The gap is closing, and that is a function of the structure of the domestic competition now in place. Increased depth in the preparatory work is possible when the number of opponents is drastically reduced.

In the last full season of Super Rugby back in 2019, there were 16 rounds against 15 potential opponents from all over the world, with games played week-in, week-out, and considerable travel and recovery time eating into the portion set aside for preparation. In Super Rugby AU, there are four opponents and the travel is local. Most of the individual strengths and weaknesses will already be well known to the coaching staffs and players.

There were plenty of examples of great prep work during Super Rugby AU, which I have attempted to track throughout the season. Having said that, I would go along with Scott Fardy’s statement that players’ capacity to absorb information is probably still greater in the northern hemisphere. 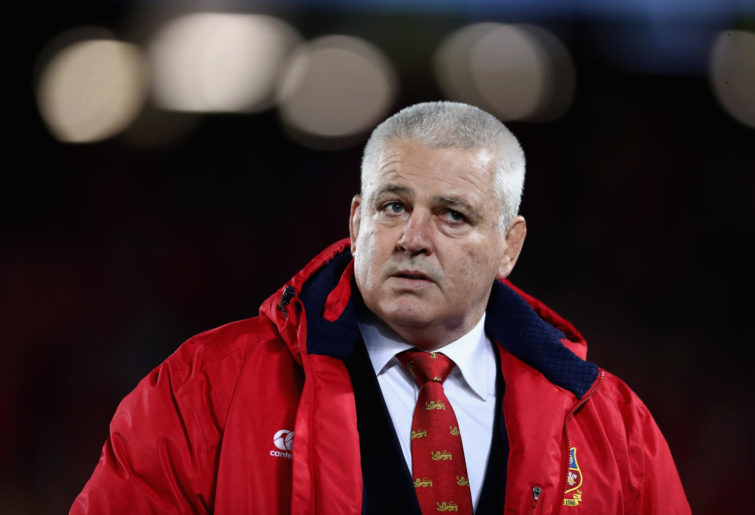 The Lions’ coaching team apparently used their 37th selection to pick Saints’ Courtney Lawes, who is actually the most legitimate bruiser in the second row now; and the 36th pick may have been Elliot Daly, selected first as an outside centre. What can we tell from this? Did the Alun Wyn Jones-Maro Itoje-Iain Henderson-Johnny Hill stocks look a bit light or small or tame? Who starts at 13: Daly or Chris Harris?

It’s Lions watch time! The selection indicates that the Lions will look at either Courtney Lawes or Tadhg Beirne for number six in the Test series, with Maro Itoje and Alun-Wyn ahead of them in the second row.

There is no chance of Elliot Daly starting a Test at outside centre in South Africa. At least two England players who weren’t taken on tour (Henry Slade and Jonathan Joseph) are far better defenders in that spot – not to mention Jonathan Davies and Garry Ringrose.

Outside centre in particular, and the midfield from 9 to 13 in general, is much the weakest area of the selected Lions squad. I do not see Chris Harris as a 13 in the same class as those I’ve mentioned (or Manu Tuilagi, for that matter), and I believe the Lions will end up moving Robbie Henshaw there, with Bundee Aki at 12 and either Owen Farrell or Dan Biggar at flyhalf in the Tests.

Once again, many thanks to all of those who answered the callout for questions.