How good is golden point?! The panel deliberated during the week, and overwhelmingly, two favourite moments from last weekend’s mad run of extra time and heart-stopping finishes emerged.

The first is that moment of panic that sets in with teams as they try to do something, anything to get into position for a drop goal, only to not quite get there and still try and kick that drop-goal anywhere.

And the second is that moment of panic when, shortly after kick-off in a period of extra time, a captain realises he’s just given up the wind. In sudden death.

So golden point is good, but it makes us wonder, will we get a game with golden try extra time in Australia?

Could it be this week?

If we call last weekend’s New Zealand results what they really were – draws – then only three points separated the sides across four matches. Is ‘unprecedented’ still a buzz word? Is it too much to ask for a repeat this weekend?

The Dunedin match certainly feels tight, but I think the Blues have the edge in the pack, particularly if Portuguese chicken sauce, Pari Pari Parkinson, is out for the Highlanders.

I’ve been making tipping hay off the back of the Chiefs in recent weeks, but I don’t think I can stretch the friendship another week. And despite the Waratahs’ gutsy showing in Canberra, I don’t think that stretches to tipping them against a Force side with the Fremantle Doctor blowing in a sniff of finals footy.

There’s a good performance lurking in there somewhere for the Rebels. I’m just not sure it’s this Sunday against a rebounding Brumbies.

SURE THING: While everyone else rejoices at the addition of Moana Pasifika and the Fijian Drua to Super Rugby, Blues CEO Andrew Hore, seeing the prospect of a huge chunk of his revitalised supporter base switching allegiances, dusts off his rolodex and gives Roger Davis a call. It seems that Waratahs job wasn’t so bad after all.

The Blues will score. The Landers will keep pace, with two-second rucks. Kicks will stick. Chicken wings will be hot. Kids will scream. The home team: 55-52.

The Chiefs will scratch and claw. The Crusaders will sadden them. Speed in the right moments, at the right places.

The Waratahs will score about 13. The Force, too. But a drop goal at the death – still and forever the quintessential rugby play, with beauty in the formation, the flight of the woeful ball, piercing the sky, taking our hopes and wishes with it – will settle it, for the home team.

The Brumbies by 25 over Wessels’ raggedy bunch.

The Blues, with bye-freshened legs, should manage the journey to Dunedin capably indeed. Their strong pack will get them to within touching distance of a spot in the final, a cause which will only be further helped by the Crusaders doing what the Crusaders do best and win their match this weekend.

The Chiefs have shown a lot more starch than last year, but they’re not up to beating the champs without Sam Cane.

Back on this side of the ditch, I have a small sneaking suspicion the Waratahs might – just might – have an upset in them when they travel to Perth on Saturday night.

I also have an inkling they could be thoroughly pasted by the Force, who are now in with a real shot at making the finals. What I’m getting at here is that I haven’t the slightest which way it’ll go, but form and home-ground advantage says the Force, so I’ll side with the hosts. 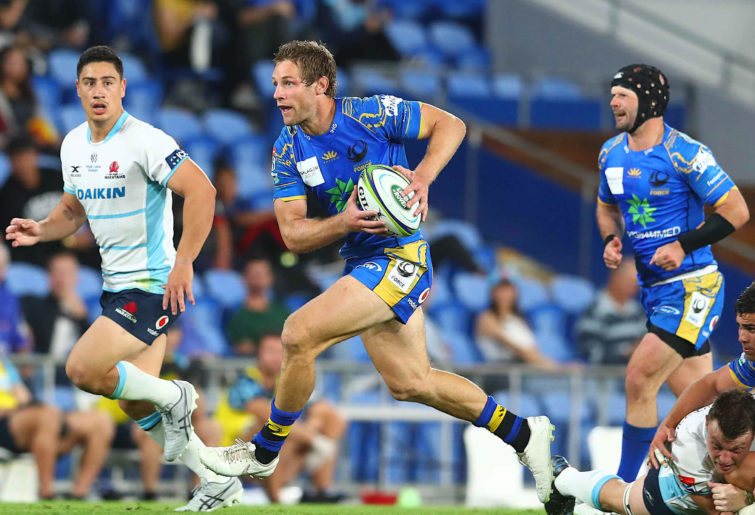 No such dilemmas for the Sunday arvo match: the Brumbies are clearly the next-best side in the AU competition, and while the Rebels tend to get up for these encounters, they were completely impotent with ball in hand last time out. Ponies by a few tries.

SURE THING: After a quartet of thrillers last weekend, we’re due a blowout this round.

Let’s just acknowledge this and be done with it: last week didn’t go well, and I just bloody know the Blues are somehow responsible.

Obviously, I was backing the Highlanders in this game months ago, but extreme Smurf prejudice aside, I can’t help but think that the mountain men have suitably learned their learnings are now working on their work-ons, all for the sake of getting back in the good books with Tony Brown. And the best way to do that? Beat the Smurfs.

A question for the Chiefs: have you used up all your luck? Yes, I’ve assumed you have, too.

The Force have two home games to win their way into third spot and I reckon it starts this weekend. Beating the Waratahs without Will Harrison is within their ability, but the test will be the gain what will be an all-important bonus point. Thankfully, I don’t have to tip that.

And I’m not sure this is the week the Rebels wanted to face the Brumbies coming off a heartbreaking loss.

SURE THING: You know full well what the sure thing is. This hardly even needs to be said any more… 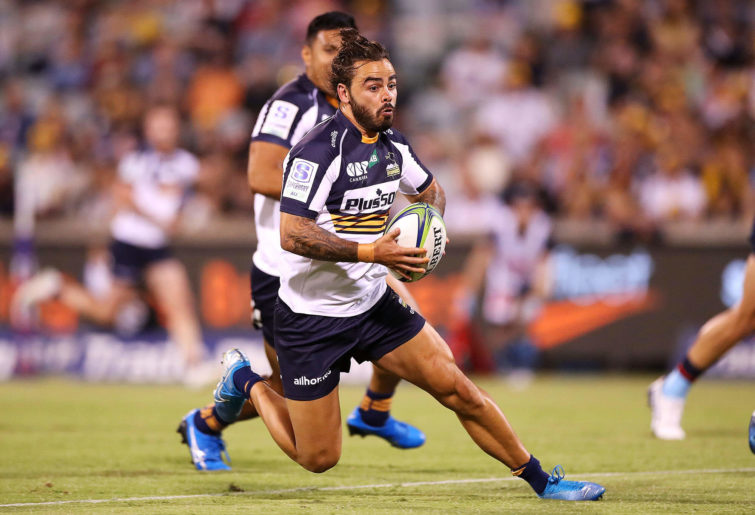 The Blues should win, if they are too truly live up to this season’s expectations and I do love Tom but a sneaky wee feeling the up and down Highlanders will sneak this even without the good Garden Bachop.

The Crusaders should also win, one would imagine after a few hurry ups in the past few weeks they will start to pull their socks up, it’s not like it would be unexpected however again, I think the Chiefs might just be ready for the fight and knock them over.

Across the soon to be bubble ditch, in the now included Perth of said bubble I simply cannot make my mind up. I suspect the Force should get this done at home, a bit more experience in the pack I think should prove the difference.

I simply have no faith in the Rebels right now, Brumbies will (should) be stinging after last week’s result and will be looking forward to putting that result in the rear-view mirror.

SURE THING: Don’t copy my tips or utilise my reasoning at all as my current table placement should reinforce. You have been warned.

Get your tips in now.