The Western Force feel they are in the box seat to make a real dent on the Super Rugby AU finals after snatching victory against the Melbourne Rebels on Friday night in Melbourne.

The Force won 16-15, only taking the lead in the 77th minute at AAMI Park after Tim Anstee’s try was converted by Domingo Miotti.

“We didn’t really assert any dominance in any areas of the game but we had the belief that we could still get the job done,” said coach Tim Sampson.

“That was a very crucial game to win and the next few weeks is in our hands now – we know what level we can get to.”

The victory moved the Force level on the competition ladder with the Rebels, with two rounds remaining.

The Force play both of those games – against the NSW Waratahs and Queensland Reds – at home in Perth, where they hope to ride a swell of support to join the Reds and Brumbies in the three-team finals. 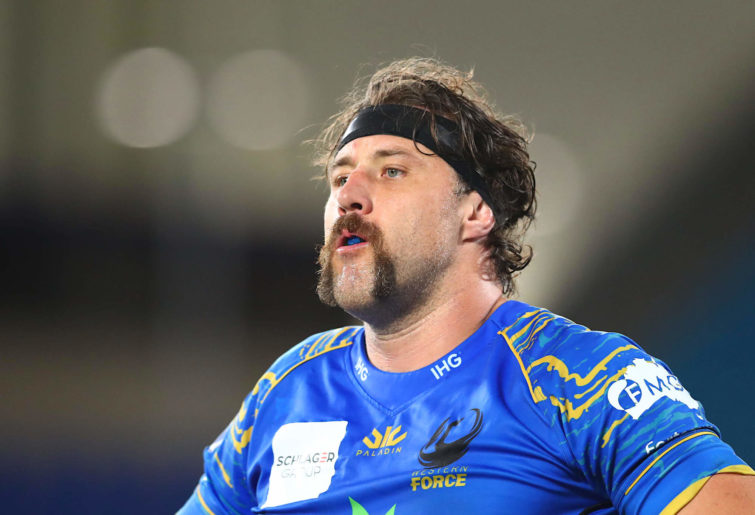 The Rebels play the Brumbies in Melbourne and then the Waratahs in Sydney.

“We have two home games in front of our great supporters… it’s set up well for us and the guys know where we’re heading,” Sampson said.

While Sampson rated their defensive effort – keeping the Rebels from scoring a try – as one of their best, but he said they still had plenty to work on.

As well as losing a couple of crucial lineouts he felt their attack would improve with more time, after a number of personnel changes.

“We need more continuity and flow in our attack but I don’t think you can underestimate the amount of changes we’ve had,” Sampson said.

The Force suffered one serious injury with winger Byron Ralston stretchered from the field after being knocked out making a tackle.

“He should be okay.”