Why are we not excited about the naming of the All Blacks squad?

What used to be one of the most anticipated moments of my life has now evolved into a modicum of enthusiasm.

It may be because I am now a New Zealander living in Australia where the media attention for rugby is so much less than NZ, but I feel that the naming of the All Blacks squad is less of a big deal than previously.

And no, I have not become an AFL fan, I have tried hard to like it and know enough to fake a conversation, but still do not get the enthusiasm for it.

I remember the heated debates with mates and fellow workers as to who would make the team and there was always a “Pick the All Blacks” competition running somewhere.

If the team named by the public could ever take the field who knows what the result would be. I would say that several Kiwis could pick a better team than what Ian Foster and co have just done.

I believe I never ever managed to select the whole squad as named by selectors but did come close. There was always a bolter in there.

Bolters usually do not work, do they? The “experiments” usually did not develop as planned either.

So, to the All Blacks squad to start 2021, with Tests against Fiji and Tonga.

Living in Australia makes it difficult to get to know all the players and be familiar with their overall form. But I will do the best I can.

Overall, the response to the hookers named seems to be quite positive. Coles and Taylor are the veterans with the young blood snapping at their heels.

The murky depths of the prop world are left to the scrummaging experts, and you must take their word for it. I always liked the running prop myself. Ethan de Groot at 22 is extremely young to be named so we hope he lives up to the promise.

Five locks were named with one of them, Samuel Whitelock named as skipper, replacing Sam Kane. Scott Barrett joins his two brothers in the squad. I do not know a lot about Tupou Vaa’I, the young Chiefs lock, but maybe a reader is more familiar with him?

You know you are getting old when sons of players you followed years ago, are named in current teams! Ethan Blackadder, son of Todd has been named as a loose forward. As an aside, Michael Lynagh’s son Louis is now also becoming a prominent player.

The rest of the loose forwards are named on form with Shannon Frizell, brother of Tyson, a St George player in NRL, reclaiming his spot. 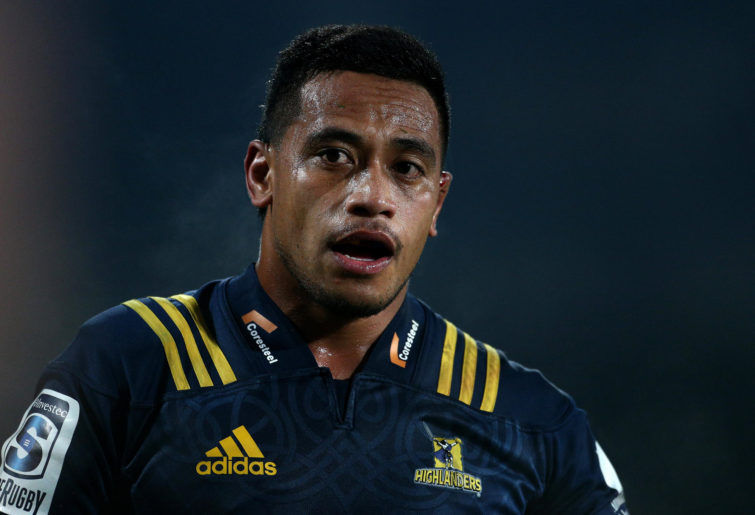 T.J Perenara was ineligible for this squad and his place goes to Finlay Christie, the Scottish born Blues halfback.

Richie Mo’unga and Beauden Barrett are the first five-eighths selected with some questioning why a third five-eighth was not picked. Maybe they have Damian McKenzie in mind as well.

I do have question marks over Barrett and whether his glory days are behind him. I am sure that is what they said about Dan Carter too. Like a Benji Marshall or Shaun Johnston in the NRL, they just become different players.

The midfield backs are solid selections and hopefully a partnership is built up over this season in preparation for the next World Cup. The All Blacks have not had a settled midfield since Conrad Smith and Ma’a Nonu.

The durable partnership of Frank Bunce and Walter Little is a distant memory. Please do not ask me about Quinn Tupaea, the 22-year-old Chiefs player selected as I have no idea!

The outside backs named are Jordie Barrett, George Bridge, Will Jordan, Damian McKenzie and Sevu Reece. Barrett is a good player, but I am yet to be convinced by him for some reason.

Maybe it is the haircut or the way he runs, I do not know! George Bridge I worry about, he is getting to that age when wingers start to lose their place, and I thought he was shown up in the last World Cup. Maybe there is a better option?

Will Jordan has impressed me with the limited viewing I have seen of him, and he is at that age where he has it all in front of him. McKenzie is a fantastic player yet to cement his spot in the All Blacks. Is it full back or first five?

Time will tell. Sevu Reece is another yet to convince me of a long-term career in the All Blacks. We have been spoilt with great wingers over the years with Lomu, Bryan Williams, Kirwan, and the two Wilson’s as examples. So, a player like Reece has a lot to live up to.

The loose forwards, halfback, first-five, midfield, wing, and full back are concerns. I believe I just about included the whole team there! Time will tell.